Netflix's new film 'The Dig' follows the discovery of the most extraordinary Anglo-Saxon treasures at Sutton Hoo, Suffolk. 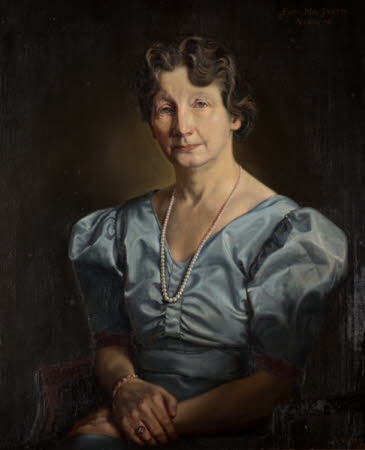 On the brink of the Second World War, Edith Pretty (Dempster, No. 4, 1894-1900) instigated the excavation of burial mounds on her estate at Sutton Hoo, Suffolk. Edith believed them to be part of a mass ancient graveyard, what was actually discovered was a huge Anglo-Saxon longship, the greatest archaeological discovery ever made in the British Isles.

Edith was born into an affluent family, and travelled extensively throughout her youth, visiting Pompeii, the Egyptian pyramids and other significant digs with her father. These travels sparked a love of history and archaeology, which would give her the vision to excavate the burial mounds at Sutton Hoo later in her life.

Edith oversaw the excavations herself for two years, and when the largest mound unearthed what 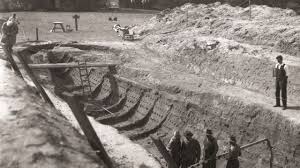 looked like a huge ship burial, she knew it was of enormous historic significance. It proved to be the richest intact burial ever found in Medieval Europe and contained a chamber full of treasures. Edith was declared the owner, and gifted all of the treasure to the nation. She remains one of The British Museum’s most generous benefactors, and the finds form one of the key collections of the Museum.

Based on the book ‘The Dig’ by John Preston, the film stars Carey Mulligan and Ralph Fiennes, and is streaming on Netflix from Friday 29 January. So...what does Mrs Finn, one of our geography teachers, get up to in her free time?! More... The January 2022 Roedean Round Up!

Subscribe here for the printed version of the Old Roedeanians' Magazine - 2021 issue to be published in February 2022 More...