ORs on the Stage and Screen The Performing Arts have always been integral to the Roedean experience, with opportunities to be involved with dance, drama and music, both onstage and backstage, or as an audience member, curriculum lessons, extra-curricular clubs and opportunities to take exams in all three areas as well. After leaving Roedean, many ORs have gone on to have successful careers on the stage and screen.

With the School’s Theatre appeal ‘Take Your Seat’ being launched last month, we have taken a look at a few of our most successful OR actresses, whose passion for the stage and screen emerged while performing in school productions. 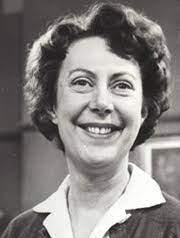 After finishing Roedean, Noël Dyson (No. 3, 1929-32) went to the Royal Academy of Dramatic Art in London, from which she graduated in 1938. She performed in repertory companies around Britain before moving to the West End. In 1960 Noël took on her most famous role as Ida Barlow, one of the original characters in Coronation Street. Noël is remembered to this day for her great work in the entertainment industry.

Noël’s exceptional performance in Arnold Bennett’s The Great Adventure is highlighted in the Roedean School Magazine 1932.

“Outstanding was the performance of Noël Dyson as the cunning little dealer who sees through the supposed death of Ilam Carve…her simple cheerfulness, her frank disbelief in her husband’s genius, her unperturbed serenity in dealing with the slightly unconvincing widow and her peerless twins, her calm dignity in the presence of noble lords…all were exceedingly well done.” 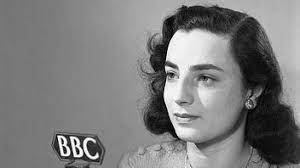 performed on stage, radio and television, and was a favourite on the BBC’s Time for Verse. Jill was married to Poet Laureate Cecil Day-Lewis, and was mother of award-winning actor Daniel Day-Lewis. Jill performed in numerous productions while at Roedean, with glowing reviews in the school magazine.

“On Saturday, December 2nd, 1939, the Roedean Dramatic Club gave a performance of the ‘Good Companies,’ based upon Priestley’s famous novel, in the presence of a large audience amongst whom were many Old Girls and visitors from outside, undaunted by the manifold difficulties of the black-out….Jill Balcon, as Susie Dean, expressed in a delightful way that mixture of sincerity and coquetry, of irritation and tenderness which might be found in a Pierrette. She sang her numbers in a clear pleasant voice.” Roedean School Magazine 1940. 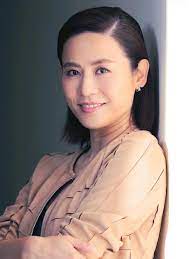 Another hugely successful OR actress is Jessica Hsuan (No. 3, 1984-89). After completing a degree in Materials Science and Engineering at Imperial College London, Jessica began to pursue a career in acting. In 1999, she won the TVB Award for Best Actress for her work in the Detective Investigation Files IV. Following on from this, Jessica has continued to prove herself a talented and versatile actress, performing in a variety of top-rated series, including A Step into the Past (2001), Golden Faith (2002) and Square Pegs (2002), as well as My Unfair Lady (2017) and many more. In recognition of her outstanding performance in My Unfair Lady, Jessica won the 2017 My Favourite TVB Actress Award, also known as Malaysia’s TV Queen Award. 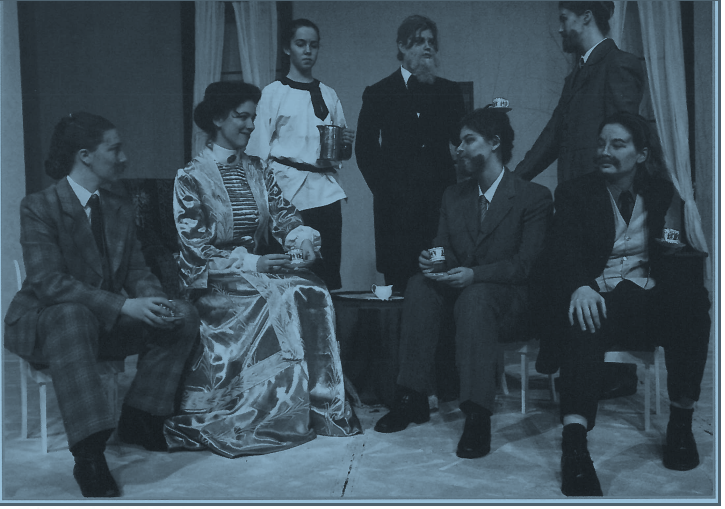 attended Roedean for just over four years, becoming Head Girl in her final year, and starred in numerous school productions during her time here. Rebecca’s reputation grew when she starred in Woody Allen’s film Vicky Christina Barcelona. Her performance received glowing reviews, and she was nominated for a Golden Globe. Rebecca has continued to star in numerous films, and theatre productions, and it has recently been announced that her directorial debut Passing (which she also wrote) has been picked up by Netflix for world-wide distribution. Based on the 1929 novel of the same name by Nella Larsen, the film tells the poignant story of two old friends, both light skinned mixed-race women, one ‘passing’ as white, who are reunited by chance, threatening their carefully constructed realities. Congratulations Rebecca!

And lastly, recent leaver Marisa Abela (No. 2, 2008-15) graduated from the Royal Academy of Dramatic Art (RADA) in 2019, and has already starred in the BBC Two and HBO series Industry and the Sky One series COBRA. Marissa is set to appear in the upcoming films She Is Love and Freeguard. What a fantastic achievement!

There are of course also many more ORs than we could fit into this article who are excellent actresses, or are involved in the performing arts in other ways.

Please do get in touch via alumnae@roedean.co.uk with your memories of the performing arts at Roedean, we are always delighted to hear from you.