Roedean participated in the annual Arrow Trophy Regatta for the sixth time earlier in October. This year’s event saw 26 independent schools race against each other in two separate fleets, giving more opportunities for competitive racing. Due to last minute sickness, the crew was fortunate to welcome one non-Roedeanian “ringer”, but for the first time in OR racing history we were able to field an all-female crew (one of only two all-female crews at the Regatta, the other being St. Swithun’s). 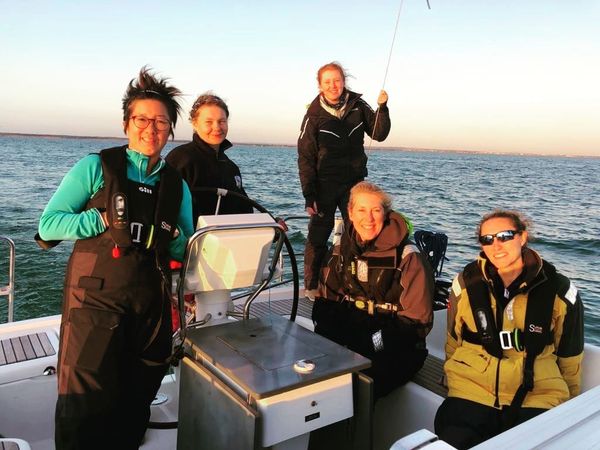 On Friday 1st October, we had a full day of bespoke training with Mason King, a professional race coach, who had previously worked with us in a series of online training over the last year. We were extremely excited to be able to put the theories we learnt into practice. As it happened, Friday also had the best sailing weather out of the whole weekend and we were able to fine-tune our teamwork, even have a play with the spinnaker in the more sheltered water off Osbourne Bay.

For the rest of the weekend, the weather was forecast to be breezy and did not disappoint. It was gusting over 40 knots at one point so we were lucky that racing went ahead at all on both Saturday and Sunday. With two reefs in and no spinnakers allowed for the race, the conditions made for challenging sailing. The training from Friday clearly made a big impact on the teamwork and manoeuvres on the boat, with improvements seen everywhere.

After an ambitious start line position in our first race, we were unfortunately squeezed out and started further back in the fleet than we had hoped. Our helm, Caroline Bowen, did some excellent heavy weather helming up to the windward mark though and put us back up into the top 5. We managed to maintain this gain, and even overtook a boat when they needed to take a 360 degree turn for infringing us at a mark rounding. We were rewarded for our hard work with a very promising fourth in the first race.

The weather took a dive with howling wind and rain just before the start of our second race. Despite that, we had an excellent start, hitting the line with speed, clear air and in a good position. This compounded with another excellent windward leg and clean tacking in tough conditions meant we were lined up for 1st place at the first mark. Unfortunately, we were forced to crash tack to avoid collision with a boat on port (despite the fact we had right of way on starboard) and then were not afforded the same seamanship from another competitor when we were not yet under way. Disappointingly, this resulted in a collision and our subsequent retirement from the race.

We celebrated the day with canapés and bubbles hosted by the Pangbourne team, followed by the formal Arrow dinner and drinks at 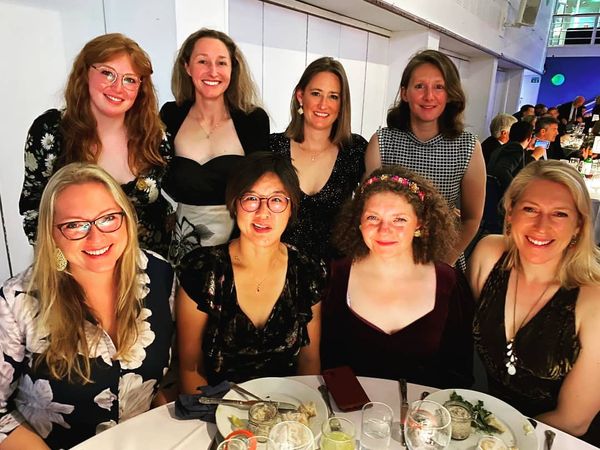 On Sunday, we were sent on a course “round the cans” - a short tour of the Solent. Excellent boat handling again saw us in a good position at the start, and we were looking in a strong position round the first few marks. A few quick tacks to avoid boats coming into a mark lost us some ground and we moved from second to 7th, without any opportunities to make up the places. Overall, we finished the weekend with a very respectable mid-fleet position in challenging conditions, and everyone had a wonderful weekend of racing.

This fantastic weekend could not have happened without the kind financial support from the ORA, and from an anonymous OR Governor who sponsored our extremely productive training day. We are also grateful for the Roedean branded sportswear kindly provided by the Alumnae Office.

Looking ahead, we have plans to train over the winter months on keelboats at Queen Mary Reservoir in West London and possibly participate in the Arrow J80 event again next Spring.

For more information or to get involved please email Sophia Cheung at Roedean.Alumni.Sailing@gmail.com

To view this News Article