Congratulations to OR Caitlin Boyland (No.1, 2006-2011), who achieved gold at the British Universities and Colleges Sport (BUCS) Regatta in early May. We caught up with Caitlin to hear more about her victory and her experience on the day. 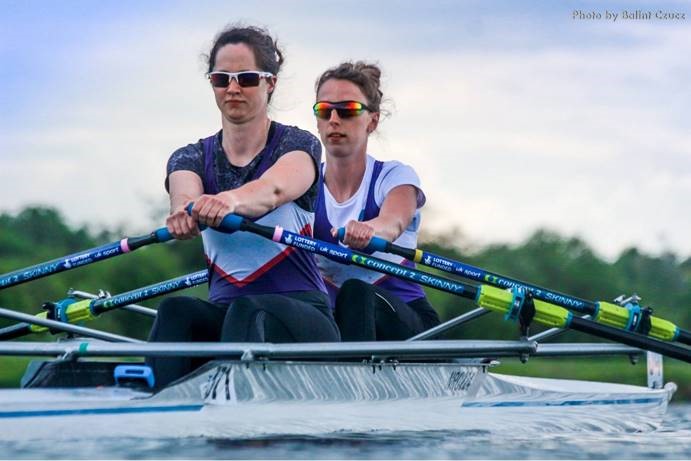 “It was a fantastic event this year at the British University & Colleges Sport Regatta, a championship event where we were able to win BUCS points. Starting on the Saturday, there were only two races that day rather than the usual three, so I was able to get enough recovery for the single on the Sunday. We started with the Loughborough championship quad (4x), where we placed 5th in the A final.

On Sunday, it was the championship single (1x). The conditions were expected to be 35mph gust winds, but luckily there were very fast conditions instead. I came third in the time trial, trailing by six seconds, and made up for it in the semi-final. I managed to win in the fastest time, giving me a good lane draw for the final with some shelter from the wind.

When it came to the final, I was down by a second at the 1500m marker and managed to pull back a two second lead at the halfway stage. From then on, I kept pushing into clear water to take the lead to the finish. It all went to plan!

On tired legs, I still had the championship double ahead of me. Myself and Annie Campbell-Orde came out on top in the time trial by four seconds and felt comfortable, which was unexpected as we spotted Polly Swann (Olympic Silver Medallist) on the start line. We had only had two sessions the week beforehand to pull this boat together! As for the semi-final, we qualified as the second fastest crew, which allowed us to save our legs for the last final of the day.

The final was unbelievably close! We came third out of the first 500m, but again we stuck to our plan to keep surging to the 1000m with the aid of coach Dez Atkins from Nottingham Rowing Club. University of London and Reading University flew out of the start, knowing our better half of the race is the back end straight. We won by 0.7 seconds! (Watch the win here.)

Having won gold in both championship events, I have automatically qualified for the European Universities Rowing Championship in Subotica, Serbia this summer.” Yang-May Ooi will be at Shoreham Wordfest to talk about her recently published book 'Bound feet Blues' More...

Find out more about OR Mo Yee Lam. More...